While researching something on Google, I came across a rewrite of the Daily News article in which Ed Garcia Conde made defamatory comments about me on TheDomains.com, a Florida-based industry news site that publishes "content created by domain name experts."

One commenter nicely sums up Conde's irrational over-reaction to my legal purchase of the two .nyc domain names he coveted:


“[T]his is the ultimate act of aggression?” I can think of a few acts more ultimate than registering a domain.

Conde is as utterly un-self-aware as a person can be, and seems unable to gauge how his words and actions will be judged by rational people. Those who adjudicate domain name disputes via the ICANN arbitration process, for instance.

Or a judge and jury considering the merits of a defamation suit.

Or people who take issue with online harassment, bullying and threats of violence.


"Introduced by the social scientists James Q. Wilson and George L. Kelling, Broken Windows posits that, once a building has a broken window, the entire neighborhood is prone to vandalism and crime. Why? Because a broken window is more than shattered glass: It is a symbol of indifference toward other people’s property and of lack of care and control. The signal the broken window sends is: You can do damage without being held responsible.

"A generation later, there’s some evidence online that Broken Windows applies to people, too. What starts with one mean tweet or Facebook post can quickly turn into a bullying campaign, and even go offline.  ... The consequences are just as dangerous for civil society, political culture and the credibility of the media as the broken windows were in Professors Wilson and Kelling’s theory of city infrastructure."

Twitter, Facebook and other social media sites have shirked their responsibility to create anti-abuse algorithms that can identify users who bully, harass or threaten others and to establish effective policies to ban them. For this reason, author Jochen Bittner, a political editor for the weekly newspaper Die Zeit, proposes that lawmakers must consider "a zero-tolerance strategy, of the sort Mr. Giuliani pursued in New York" and pass laws that "require social-media companies to crack down on abusive behavior, or face penalties."
Posted by Unknown at 10:10 PM No comments:

ED GARCIA CONDE NEEDS TO MOBILIZE HIS TEAM OF COPYRIGHT ATTORNEYS RIGHT AWAY! 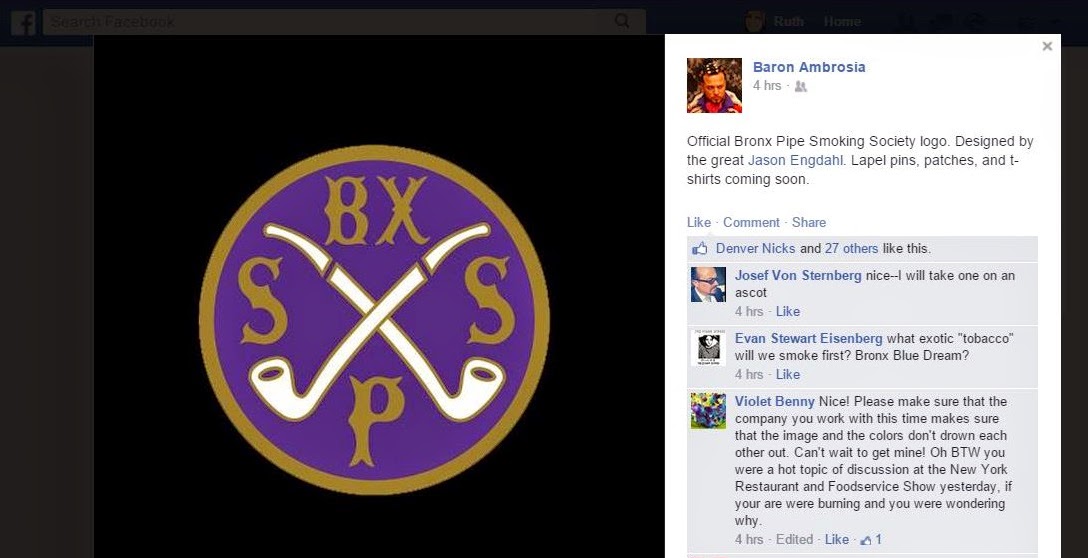 And just a few hours later, this sponsored ad from Fiverr—an electronic marketplace for freelancers, such as graphic artists who design logos, and people who need the services they provide—popped up in my Facebook newsfeed: Both X-logos are much more similar to Ed Conde Garcia's logo than my parody of X-logos—and Engdahl's logo even references "The Bronx," which Garcia had a particular objection to in my parody design. As the self-anointed "Google of The Bronx," Garcia appears to believe that he owns the word "Bronx."

Although an intellectual property attorney advised Garcia that my parody was not "substantially similar" to his "Welcome 2 The Bronx" logo, he threatened me with legal action, made defamatory accusations against me on Facebook and in the New York Daily News and promised to settle the matter "by other means"—by which he meant inciting his friends and followers to make similar accusations and to threaten me with bodily harm.

Posted by Unknown at 3:24 PM No comments: